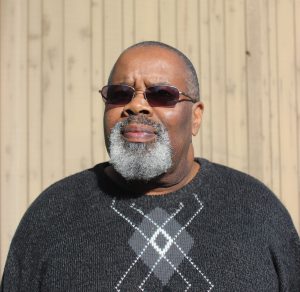 With the election season over, we are welcoming two new members to our Board of Directors. First up is our new Division 1 Director, Alvin Edwards.

Alvin Edwards was born and raised in Detroit, Michigan. After high school he enlisted in the United State Army and served for 10 years before being awarded an Honorable Discharge at Fort Ord California in 1983.  Alvin then decided to make Seaside his new home. While raising two sons Alvin worked at the Naval Postgraduate School in the City of Monterey in the Security and Fire Departments.

While employed at the Naval Postgraduate School, Alvin also attended Monterey Peninsula College. There, he received two Associate in Science degrees for Fire Science and Administration of Justice.

Following his time at the Naval Postgraduate School, Alvin was hired by City of Seaside Fire Department as a firefighter in 1989. Shortly after starting his employment for the Fire Department, Alvin continued his educational pursuits at Monterey Peninsula College receiving two more degrees; an Associate in Arts Degree for Business-General and a second for General Education.

While working for the City of Seaside Fire Department, Alvin was elected to the Monterey Peninsula Water Management District Board of Directors in 1997 to represent Division 1 and was subsequently re-elected on 2001, 2005 and 2009. 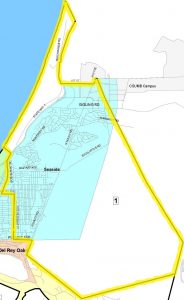 Alvin’s service to the community extended beyond the Water Management District as he was elected to City of Seaside’s City Council in November 2010 where he served for 4 years. After working for 22 years for the City of Seaside Fire Department, Alvin retired as a Fire Captain in December 2010.

In November 2018 Alvin Edwards was elected back to the Monterey Peninsula Water Management District Board of Directors.

Want to reach out to Director Edwards? Feel free to email him by clicking here!