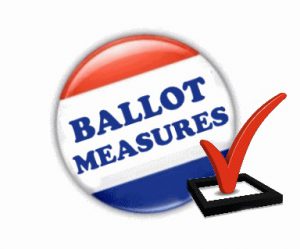 Recently, the Water Management District has received a number of questions regarding Measure H20. To better inform the public, our Board of Directors and District Staff have created the following list of Frequently Asked Questions regarding the Public Water Now initiative petition:

1. What is the Water Management District’s role in the initiative petition?

The District has no role in having developed the petition, writing the initiative language, collecting signatures, developing ballot arguments, or campaign advertising.

However, the District will be required to pay the costs of the election.

2. What does the initiative require the District to do?

If the initiative is passed by the voters, the District would be required to adopt a District law or Ordinance. The Ordinance would create a District Rule that would instruct the District to:

3. Why doesn’t the District’s board save the cost of an election and start the process now?

In 2014, a similar initiative failed, so the last data point, merely 3½ years ago was that the community is not ready.

Further, to undertake a feasibility study, the Board would have to be prepared to act on its results. If the results indicated that public ownership was feasible and that the District should pursue eminent domain for an acquisition, there remains a risk of losing in court and paying millions of dollars in both the District’s and the opponent’s legal fees. That is what happened
recently to the City of Claremont, California.

Claremont tried to acquire the rights to run the local water system via eminent domain and failed. A Los Angeles County Superior Court judge’s final decision in December 2016 sided with Golden State Water Co., the private water company. Claremont, and its citizens, ended up responsible for the entire legal bill, including $7.54 million of Golden State Water’s costs and $6 million on its own legal expenses.

This is not a discretionary decision that our Board is willing to undertake right now, without voter direction, given the magnitude of potential financial exposure to the District and its
citizens.

4. Why doesn’t the District undertake a feasibility study before the election so the voters will have the information?

Our Board has discussed this issue in closed session and the General Manager has talked 1-on-1 with Board members, many other public officials, and with supporters and opponents of an acquisition.

(i) The initiative supporters have not achieved the necessary number of signatures to qualify for the ballot. With approximately 2 months remaining to collect the necessary signatures, we have
been informed that they have gathered only two-thirds of the required number. The District board is not prepared to authorize the expenditure of hundreds of thousands of dollars of taxpayer money on an initiative that has not qualified.

(ii) “Feasible” will take time to define and requires public interaction. To wit: Does it require that a ratepayer’s bill is reduced in the first year and every year thereafter? Does it require that after the cost of acquisition is paid off (say…after 30 years) the cost to the next generation’s ratepayers will always be lower? Is there some place in between? Should it be some net present value over a 30-year life-cycle? Should there be a hurdle that it is less expensive to the ratepayers after 10 years? What if the answer is that rates will continue to go up, but just less steeply? This concept of “feasible” as a community standard has not been resolved.

(iv) While the District only has eminent domain jurisdiction over the facilities within its boundaries, the Cal-Am Monterey District includes satellite facilities such as wastewater in Oak Hills, Carmel Valley Ranch, Spreckels, etc and water facilities in Toro, Garrapata, Chualar, Ralph Lane, etc — the disposition of those will completely affect the cost, severance damages, and so forth. The business strategy of how to approach those assets would have to be defined now in a feasibility study and may bear no resemblance to the ultimate outcome. Again, the reason real property negotiations are held in closed session is to not reveal strategy and price at an inopportune time.

(v) High quality data on the company’s income statement and balance sheet related to water infrastructure within the District’s territory is difficult to obtain and the company will not willingly provide it. The company has stated that it is not for sale and is under no obligation to provide the District any financial information. Hence, given issues (iii) and (iv), above, and concerns over data quality, a feasibility study performed now would be grossly oversimplified and may bear no resemblance to the adjudicated outcome in the courts.

(vi) The outcome of such a study will likely be unsatisfactory to one side of the election campaign. Yet, a feasibility study will be required anyway if the initiative passes. The integrity of such a study may be undermined if it becomes a campaign target.

5. Will the public acquisition delay the water supply project?

Unlikely. An eminent domain proceeding will take several years in court. The water supply project expects its notice to proceed this year. One has no impact on the other, therefore can be undertaken simultaneously.

6. Is the District capable of operating a water utility?

Yes. If the voters ask, the District is more than capable. Approximately 85% of urban water in California is supplied by public agencies. District personnel have experience with rate-setting, meter reading, customer service, billing, and many of the normal utility functions. Further, the District has a number of options to operate the facilities that include jointly managing the operation with existing agencies (possibly through a Joint Powers Authority), through a contract arrangement with a private operator, or hiring qualified operators and management and directly operating the utility. The lengthy time-frame of the eminent domain proceedings would allow a transition plan to be put into place. Many employees of the private water utility may be offered jobs. The District’s board would likely attract qualified candidates commensurate with the new responsibilities.The District, with public ownership of the water system, would evolve into a different organization.